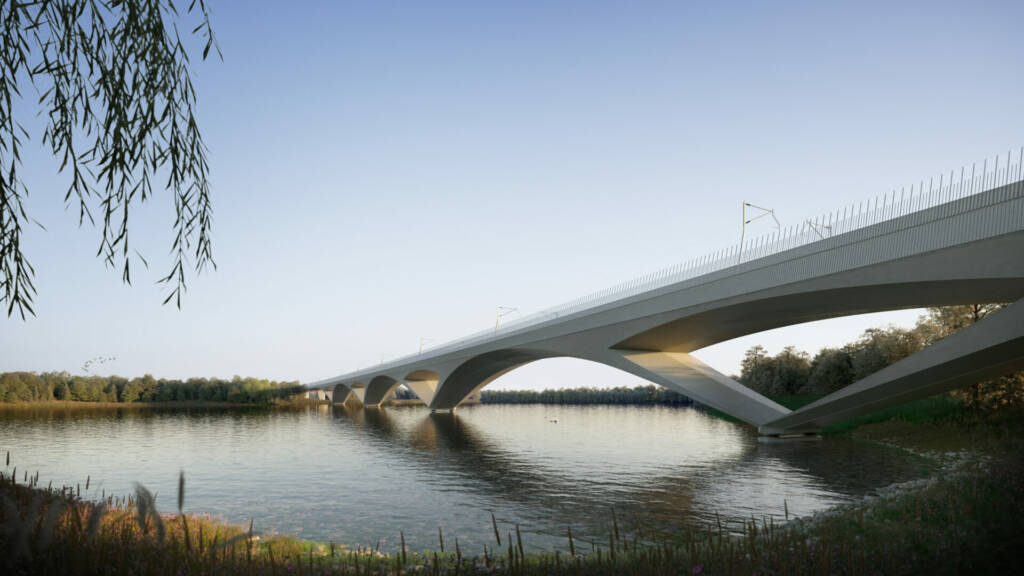 SDG were proud to play a part in the construction of the UK’s longest railway bridge, along with key supply partner Calenberg Ingenieure GmbH. The Colne Valley Viaduct is a key component of HS2 (High Speed 2), stretching for over 3.4km across a series of lakes and waterways between Hillingdon

and the M25 – this railway bridge will be the longest ever constructed in the UK.

The viaduct will carry new generation trains at speeds of up to 225mph between London and Birmingham initially through Phase 1 of the project. 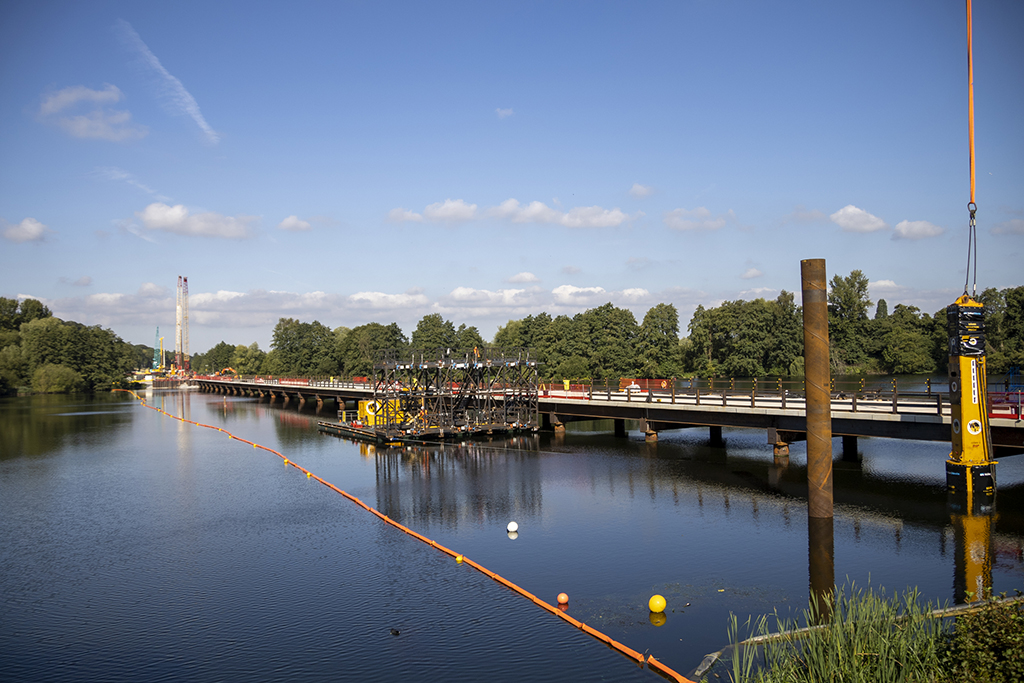 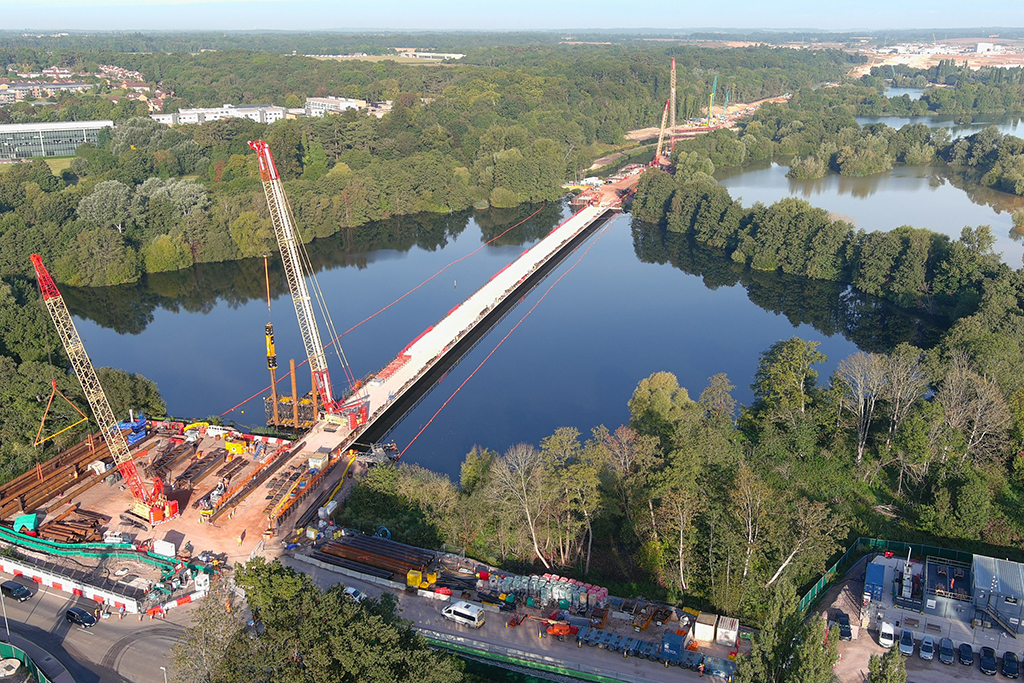 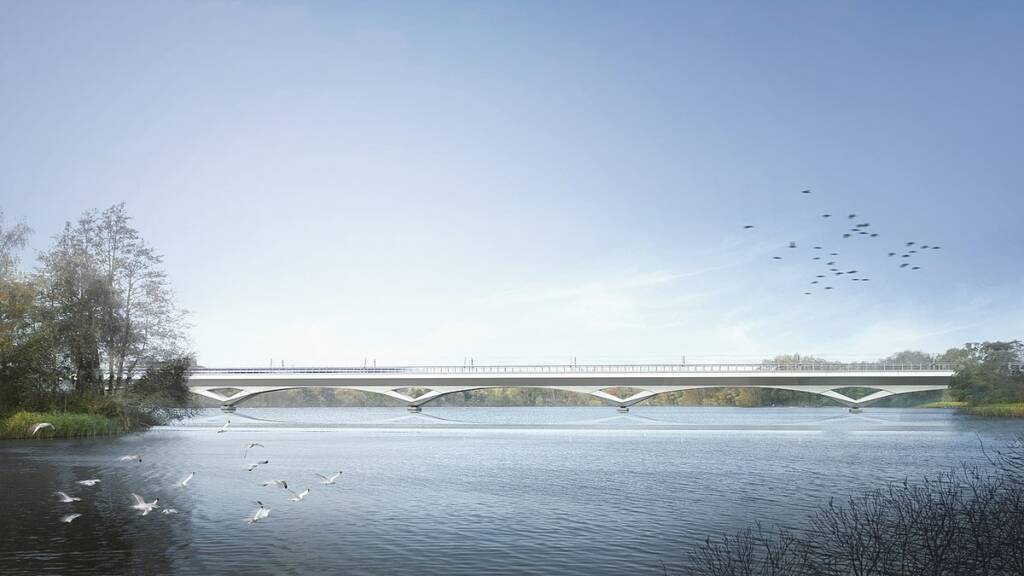 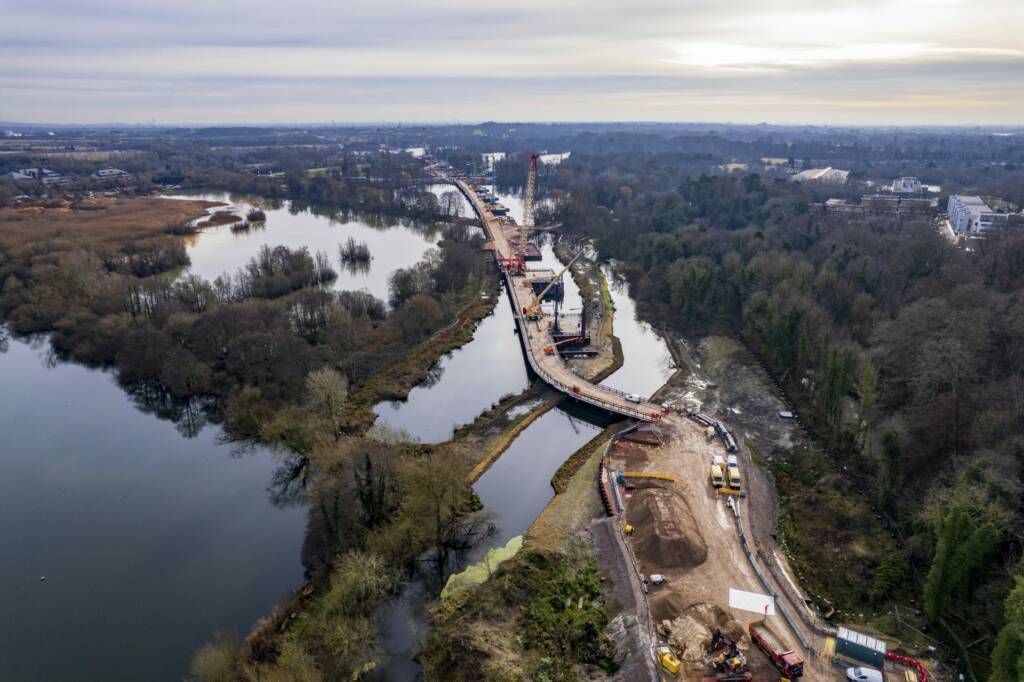 With delivering such a mammoth structure within a sensitive area, great consideration was given to buildability. The project opted for an innovative temporary jetty, running parallel to what will be the location of the viaduct itself. These not inconsiderable steel structure jetties termed Jetty A, B, C, and D run for 384m, 144m, 300m and 180m long respectively.

These jetties will carry construction traffic during the build, including heavy machinery such as piling rigs and crawler cranes. As the jetties were to be made up using prefabricated steel deck modules laid on 30m deep piles, consideration had to be given to load distribution and movement accommodation.

With the expected construction traffic, it was noted that the load per steel module would be incredibly high at any time equipment was operating on top of it. Without consideration for the high vertical loads being transmitted to the pile heads, degradation may have occurred due to high forces acting on surface irregularities on the pile head.

Calenberg S70 unreinforced elastomeric bearing pads were specified at 20mm thick. The bearing was designed to support the vertical loading from the steel module, as well as taking up rotation caused through loading of the deck above.

The bearings also offer additional benefits such as equalising surface irregularities and level differences across and between pile heads.

Due to limited space on the pile head, a single bearing was specified to support both beams of the double cross girder, with the help of a spreader plate working to distribute the load.

SDG liaised closely with both site and Calenberg Germany to ensure continuity of supply was seamless. Over 360 individual Calenberg S70 elastomeric bearings were supplied over the entire project duration, with fully bespoke dimensions on offer to the client.

As of November 2022, the bearings are working to support the temporary jetty structure and all key equipment utilising it. Full completion of the Colne Valley is due in May 2025, with the jetty working to facilitate this fast pace of construction. 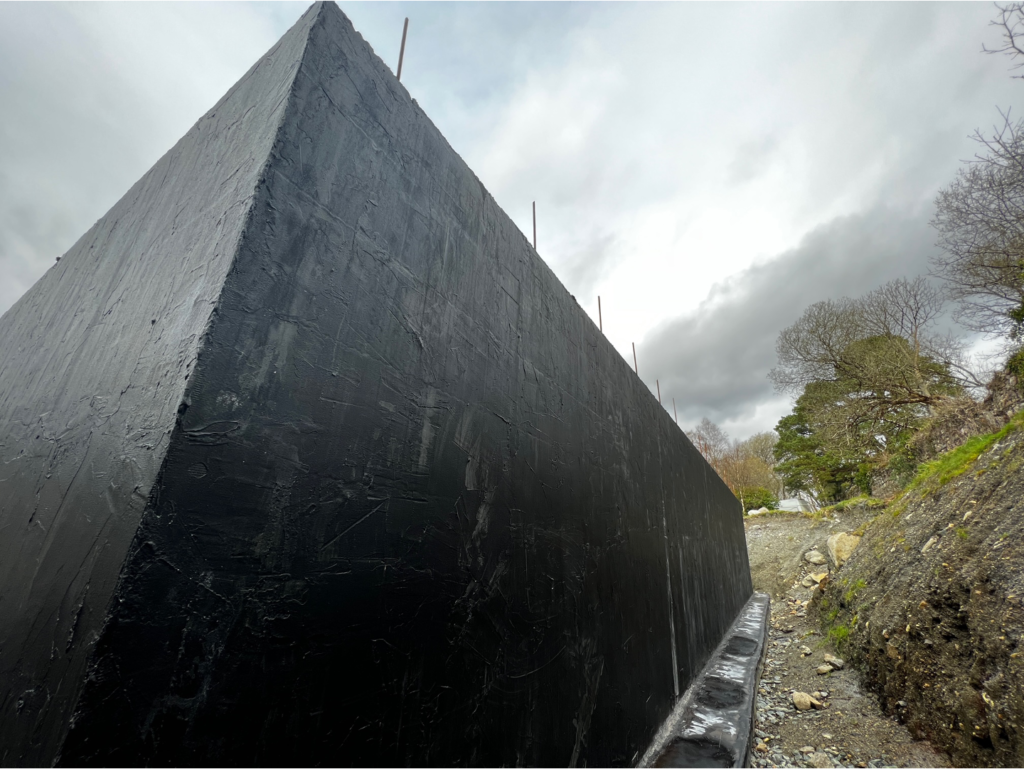 Ready to know how we can support your business?