Neat, exact and uniform corner connections of coverings and moulded components of gypsum board are a special challenge for the on-site installation.

The effort which is required for perfect results is either very high – or very small if you use Vogl Falt Fix. The moulded components with Vogl Falt Fix are so cleverly milled that the sturdy paper liner of the gypsum board remains undamaged. The stable connection is accomplished with a factory-mounted, double-sided adhesive tape.

In addition to the space-saving transportation of the moulded components, another advantage of the Vogl Falt Fix system is that the assembly on site takes just a few simple steps. 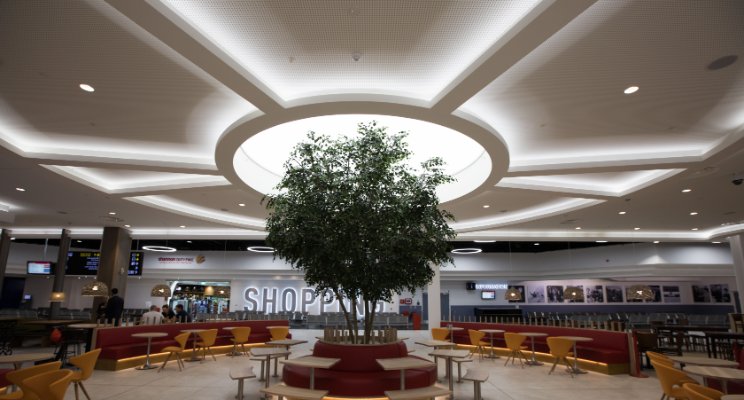 Vogl were commissioned to create Denise’s design for a ceiling that would allow for efficiency and comfort, while forming a harmonious atmospheric environment.

Ready to know how we can support your business?